Vice-President Yemi Osinbajo on Thursday held a traditional engagement of his daughter, Damilola, at the Presidential Villa, Abuja.
State House correspondents were not allowed to cover the reception, which was held at the old Banquet Hall of the Presidential Villa.
The journalists were told that Osinbajo and the groom’s family opted for a low-keyed event.
The ceremony started with a traditional marriage at Osinbajo’s Aguda House official residence.
Damilola is getting married to Oluseun Bakare. 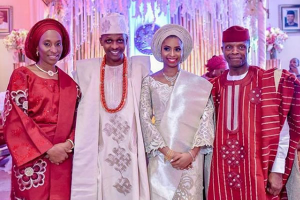 The reception was attended by some governors, among others.
The church wedding is scheduled to take place at the National Christian Centre, Abuja, on Saturday.
The reception for guests will be held at the old Banquet Hall thereafter. 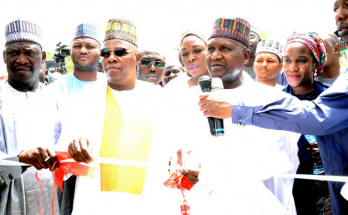 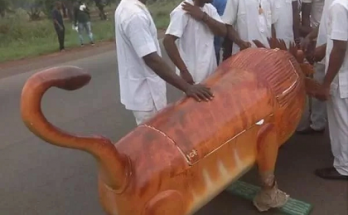